Many politicians are convinced that vaccination offers the best protection against coronaviruses. This is a dangerous oversimplification. Virology and immunology provide different lessons for epithelial tissues, that are beyond the tissues embedded in the blood circulation, e.g., the mucous membranes of the respiratory and the gastrointestinal tract. I hope to illustrate the essence of this wonderful field to non-experts in highly simplified pictures.

Many medical and social problems have a link to immunology, such as insight into evolution from immunology, animal experiments and alternatives, health damage from air pollution, therapy against cancer, vaccinations, and infections by bacteria and viruses. I would love to share my passion for this great subject, and provide some background for evidence-based policies.

Course of infection and disease.

Figure 1 shows the course of SARS-2 infection on overall health and four organ systems in time. After the incubation period, the upper respiratory tract is infected. Local virus produced is the main source of contaminating and infecting other people. The virus will also spread to the gastrointestinal tract. Some patients will develop severe pneumonia. In the fourth stage, a subgroup may develop a life-threatening sepsis. This happens when the (neutralizing) antibodies are formed that prevent epithelial infection, but could facilitate infection in myeloid blood cells. I’ve hypothesized that these antibodies might contribute to the sudden worsening of COVID-19. Sepsis seems to be an obvious explanation for the acute phase with potentially fatal immune overactivation. People who recover first clear the virus from the upper airways and the lungs, later from the gastrointestinal tract and circulation. 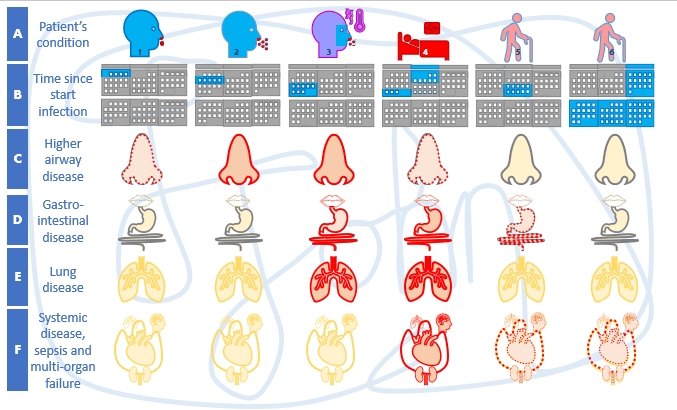 No sterilizing immunity in airways.

Many virus infections cause herd immunity, but respiratory viruses rarely cause sterilising immunity. Sterilising immunity is a precondition for herd immunity, so I’ll zoom into the special mucosal immunity (Figure 2). In immune persons, the circulation carries antibodies (immunoglobulin G, IgG) and cellular immune cells to almost all tissues, except for the outermost layer of the skin and mucous membranes (Figure 2B). The antibodies and immune cells normally do not enter the outer epithelium, the most outer part, beyond the basement membrane zone (BMZ). This is called non-sterilising immunity.

In incipient infections, viruses multiply at the mucous zone, even though the host is immune (Figure 2C). Virus produced in the outermost layer of the upper respiratory epithelium is closest to the exit and can thus easily infect other people. Thus, someone with an infection and non-sterilising ​immunity can infect others. However, if the infection becomes more severe, the BMZ is partially broken down and the antibodies and the T cells flow in to clear the virus (Figure 2D).

People with non-sterilising ​immunity can become infected and thus contaminate and infect others, but they do not become ill from the pathogen (Figure 3). They will have a limited infection in the upper respiratory tract (C) and possibly the gastrointestinal tract (E). The vaccine studies did not study fecal virus, but the mechanisms of both mucosal immune systems are similar. In the lungs (D) and circulation (F), the antigen-specific immunity is fully active to protect immune persons against serious illness. 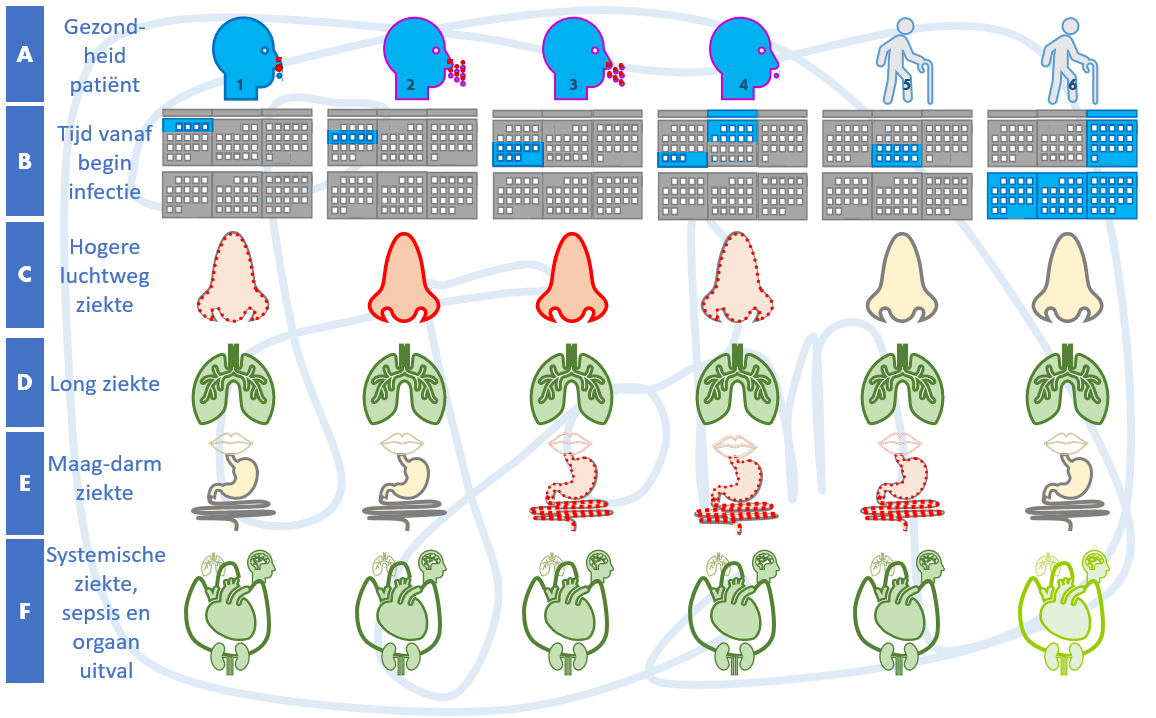 Is it possible to become immune against viruses and bacteria in the mucous membranes? In the late 1940s, it was shown that antibodies first appear in blood and later in urine and feces. These antibodies were slightly different and called immunoglobulin A (IgA).

Antibodies in mucous membranes have been detected in a non-invasive bacterium, Vibrio cholerae, that does not enter the body and remains in the intestines. Cholera, however, is a life-threatening disease – with "rice water" diarrhea, as the cholera toxin dysregulates the intestines to spread these bacteria.

IgA could provide immunity in mucous membranes, such as the respiratory tract and gastrointestinal tract (Figure 4). What is special about IgA is that it is transported over the BMZ (Figure 4A) and clears the bacteria or viruses in the most outer tissues (Figure 4B). IgA is crucial for the mucosal immune system.

Developing vaccines that induce IgA is a major challenge. IgA is the last domain of the constant regions of antibodies. (Figure 5). This implies that it will take longer time for immune response to mature to IgA production, as was shown in the cholera infection. Evoking and maintaining IgA production is a major challenge for vaccines, but also crucial for some vaccines, like cholera. The cholera vaccine provides with 85% protection, early after vaccination, but falls to 50% within a year, and declines further thereafter.