Our immune system consists of two components that cooperate efficiently: the innate and antigen- specific immune system (Figure 2). Both components use thousands of variants of hundreds of molecules. These molecules can be markers on cells (CD antigens), proteins in cells, communication proteins between cells (cytokines) or proteins that perform defense functions, like cell-killing proteins, complement and coagulation proteins. Due to the endless variations on a theme, the immune system can fine-tune responses with great finesse. Most of the immune system is redundant, making it mostly resistant against major consequences of small genetic errors, like functional single gene knock outs. People lacking functional interferon beta are extremely susceptible to serious viral infections such as COVID-19. The strength of natural defenses mainly depends on a person's diet, condition, age, and lifestyle. Vitamine D and interferon-beta are important factors for a healthy natural immune system.
​
Innate immunity recognizes and fights danger in the body. Danger could be a known pathogenic structure such as a virus, but also a physical process like cell death. In case of danger, the antigens are taken from the tissue and presented to the specific immune system. 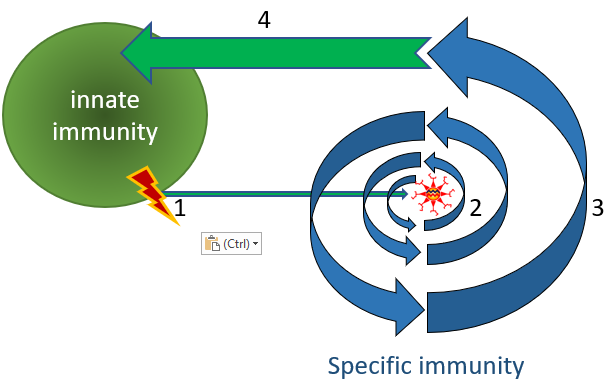 Antigen-specific immunity excels in recognizing small pathogen structures (often proteins) and developing and sustaining immunological memory for more efficient elimination upon re-exposure. When the antigen-specific immune system is strong enough to prevent symptomatic disease, we call it immunity. If the immune response also prevents infection, it is dubbed sterilizing immunity. Infection means replication of the pathogen, i.e. virus in humans. Biology has evolutionary design principles to create endless variations for antigen recognition. Virus-specific defenses can be antibodies could be derived from B cells or cellular defenses from cytotoxic T cells (Tc). Virus infection leads to production of virus proteins in a cell and free virus outside the cell (Figure 3). Protein production in a cell is necessary to get cytotoxic (cell-killing) T (Tc) cells. These Tc kill infected cells (cellular immunity) but are not effective against free virus.

Virus infection triggers to production of viral proteins in the cell and free virus outside the cell (Figure 3). Protein production in a cell is a prerequisite to develop cytotoxic  T (Tc) cells. These Tc kill infected cells (cellular immunity) but are not effective against free virus. Virus-binding antibodies are produced by B cells against free virus.

Antibodies do not enter the cell but can neutralize free virus. Virus with antibodies is more difficult to breed and is less likely to infect other people. It has not been shown that antibodies protect against disease, as people who are seriously ill have the highest titers of neutralizing antibodies.

Figure 3. Virus infection and immunology.
Features: [B] B cell; [C] cell cytoplasm; [I] cytoplasm of infected cell. [N] Nucleus Core with DNA; [R] ACE-2 Receptor; [rS] Virus RNA encoding Spike protein; [rV] Virus RNA encoding cellular genes; [S] Virus Spike Protein that Binds to the ACE-2 Receptor for Infection. [Tc] cytotoxic T cell; [V] virus.
Steps: [1] The SARS-2 virus binds to the ACE-2 Receptor on the cell. [2] Receptor binding induces membrane fusion, and the virus enters the cell's cytoplasm. [3] The virus dismantles, and the viral RNA and enters the cell. This RNA codes for virus replication genes, virus proteins and dysregulation and activation of the immune system. [4] The viral RNA is replicated in the cell by the virus RNA polymerase. [5] Virus proteins are produced by translating the viral mRNA in the cell. [6] Viral peptides are presented in the context of MHC I to cytotoxic T cells [Tc]. [7] Free virus is produced. B cells make antibodies recognizing free virus.
Not shown: Steps 6 + 7 are supported by the fact that special immune cells (dendritic cells; DC) present small pieces of virus proteins in the context of MHC-II to helper T cells [Th].

Different immune responses are orchestrated by different helper T cell (Th) phenotypes. These Th strengthen immunological choices it (Figure 1). In general, this is an advantage in fighting diseases, since most often this is the most efficient way to eliminate pathogens. Occasionally it is a disadvantage, like when people have allergic overreactions that increases with subsequent exposure, resulting in the infamous anaphylactic shock. In this condition, the immune system may suddenly switch from active protection to tolerance trying to prevent self-destruction.
​
Most immunologists think that antibodies are more important in defense against bacteria and cellular defense is more important against viruses. Cellular immunity is capable of killing cells that produce viruses. It should be noted that this is complex immunology with many views and exceptions, not least because of the infinite virus escape strategies.
The immunologic complexity is crucial in understanding the virus immune disease called COVID-19. Early choices in immune response, e.g. triggered by a vaccine or a previous infection, could have a major influence on the immune system later in the infection or in a subsequent infection. 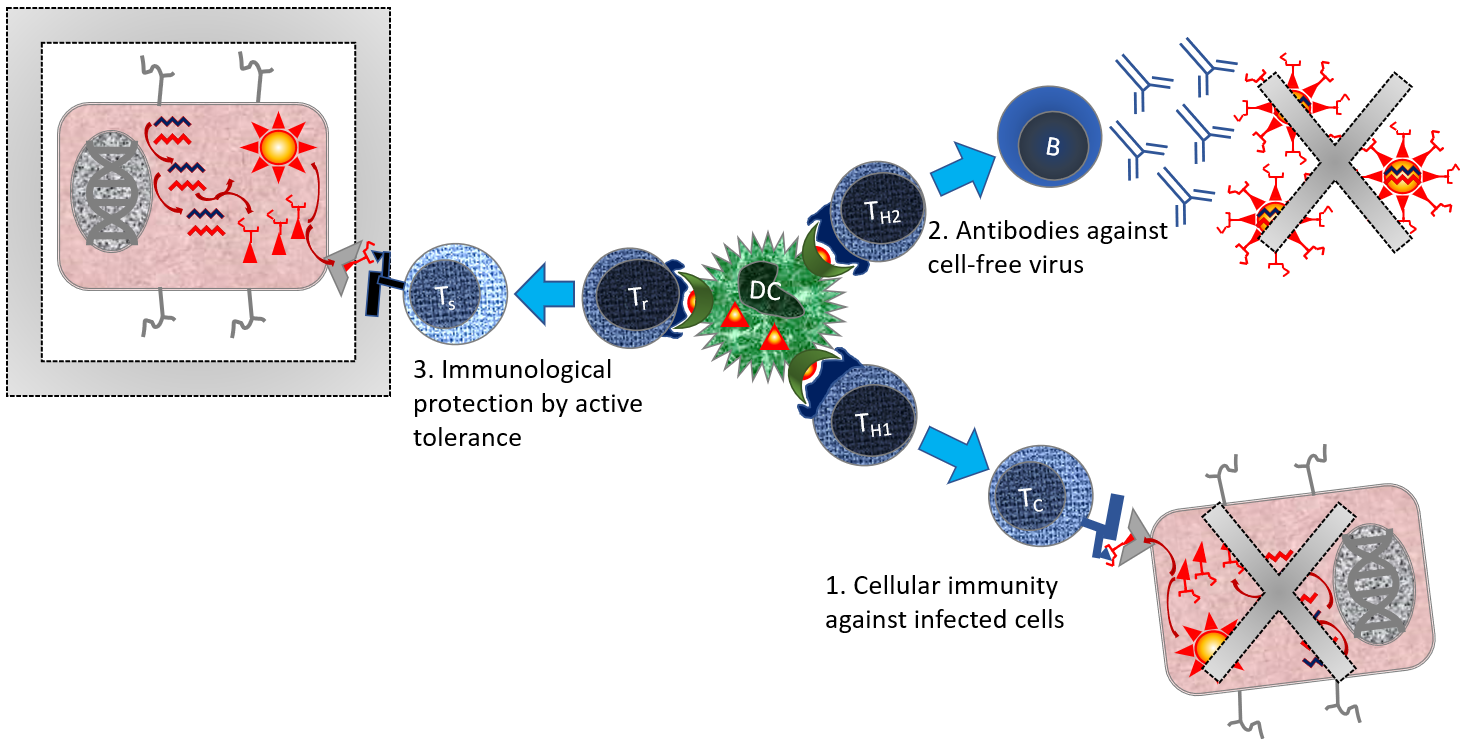 Coronaviruses have a special relationship with the immune system. Similar to the corona cold viruses, SARS-2 triggers an immune response that causes disease, only COVID-19 is much more serious than the common cold. Immune responses against respiratory viruses (influenza (flu), coronaviruses, RSV and rhinoviruses) generally yield immunity against the disease without immunity to the virus. People who are immune can still infect others, which undermines herd immunity.

Several internal coronavirus proteins have high sequence homology. Immune reactions against those proteins could cause cross-immunity by antibodies or cellular immunity. This could explain why children, in whom the cold literally is common, are less likely to become ill from SARS-2. Interestingly, children rarely produce antibodies against COVID-19. The Spike protein used in the vaccines differs too much between coronaviruses to anticipate any form of cross-immunity against this protein.

The Spike protein triggers the strongest immune response. Immunity against corona cold viruses lasts only shortly, and within one year people become reinfected and ill again. Neutralizing antibodies may spread the virus throughout the body. In SARS-1, worsening of lung disease was seen after virus exposure. 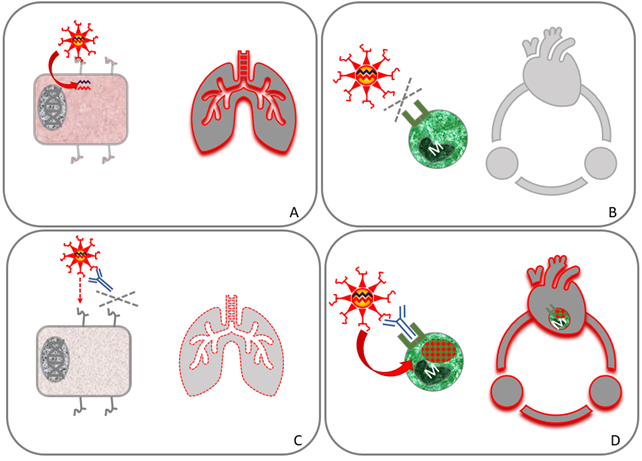 Figure 5. Antibody-dependent enhancement of infection (ADE)
The effects at the cellular level (left) and at the organ level (right) are shown in all images. The tissue is the lungs in (A) and (C), and the blood circulation in (B) and (D). (A) In individuals without neutralizing antibodies, SARS-2 virus efficiently infects lung cells. (B) White blood cells (macrophages / monocytes [M]) cannot be infected since they do not have the receptor for virus entry. (C) When a person has antibodies, everything changes. This could be in a later phase of the disease (e.g. during disease worsening), or of repeated infection and after vaccination. Antibodies protect against infection of lung cells, and thus reduce lung disease. (D) Antibodies bind to SARS-2 and to macrophages. The antibody acts as a virus receptor for the macrophage that is infected (ADE). Infected macrophages circulate throughout the body to spread the SARS-2 virus. The virus and virus infection are indicated in red.
John Jacobs
28.11.2020