Nederlandse versie
The Netherlands is known to ‘polder’ between all interests while sacrificing content, speed and effectiveness. Science is subordinated to conflicting groups with their self-interests. The Dutch anti-authoritarian attitude is not a recipe for careful consideration. Decisive policy based on an informed vision is required to battle crises, like war, floods, and epidemics. The post-world war II record in death rate illustrates that the covid epidemic is a real crisis (Figure 1). The year 2021 has started with a new virus wave that caused more deaths than the first one, indicating a worsening of the crises. Considering the underlying choices, it is good to reevaluate the ethical framework of our choices.
​
The world has several epidemics per year affecting humans and even more affecting animals, so there should be sufficient knowledge on how to fight a disease. The Netherlands is famous for their "Delta Works" against floods, and a similar approach is required to fight infectious diseases. The national vaccination program was crucial to eradicate many viruses such as polio and smallpox. In other infections, i.e. tuberculosis, a deliberate choice was made to choose test, trace and isolate (TTI). 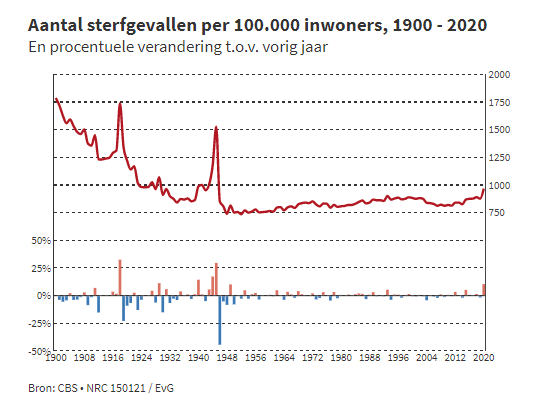 Democracy does not safeguard from all kinds of power abuses.  The Dutch allowance affair (toeslagaffaire) shows how a government could deviate systematically from justice during a long time. The politicians Renske Leijten (SP) and Pieter Omtzigt (CDA) spoke out for the victims.. Gert-Jan Segers (CU) concluded emotionally that for at least for eight years two cabinets, the House of Representatives and the judiciary had failed.

Ministers of the three major traditional political powers in the Netherlands (VVD, PvdA and CDA) governed these departments. In the polder model, multiple systems can fail, possibly related to the emphasis on trade-offs over real arguments. This could play a role in allowance affairs, virus control, energy transition, decentralization and privatization of government tasks and many other themes.

I would like to clearly distance myself from conspiracy theorists who are also involved in politics. Politicians like Wybren van Haga and Thierry Baudet (FvD) deny the medical danger of COVID-19 and contribute in no way contribute to the fight against the disease. In the Netherlands, at least 16,637 people had died of SARS-2 on 15 January (GPs reported 3,954 more deaths in the first half of the year than RIVM, the difference over the second half of 2020 is not yet calculated). Due to the high number of critical ill patients, the Netherlands, hardly admit elderly patients to the intensive care anymore, resulting in an average age of people in their 50s.

Strikingly, science and choices in the corona epidemic in the Netherlands differs from the international picture. On an the Covid performance index, the Netherlands rank at the 75th place out of 98. The Dutch are outperformed by their neighbours, Germany (55), United Kingdom (66) and Belgium (72). Only Spain (78) performs worse in Western Europe. The news of the world is accessible in every living room, explaining the decrease of trust in the Dutch government. A government report from Leiden University considers the infection crisis approach to be sub-par in every sub-area (Figure 2), conclusions that have already been drawn. This is explained in a reflection on the fight against COVID-19 (pages 110-112). Foreign correspondents report that the Netherlands are preforming poorly: "The polder results in half-hearted measures that are increasingly dissatisfied."

The evaluation of the Dutch corona policy, requested in June 2020, has not yet been carried out. That fits with the Dutch attitude of being superior, whilst failing again and again. The Dutch government boasts to listen to the RIVM and Outbreak Mangement Team (OMT). Jaap van Dissel leading the OMT had received instructions from the government on the direction of the scientific advice. Repeatedly, this advice shows discrepancies with that of the World Health Organization (WHO), the medicines authority of Europe (EMA) and the Netherlands (CBG), external experts for the House of Representatives in Lessons Learned, scientific literature and advice from manufacturers:De Volkskrant shows how the cabinet and the OMT were interwoven. Van Dissel received instructions from Rutte about the desired nature of the advice, where some OMT members were unhappy about. Politicians, like CDA party leader Wopke Hoekstra knew the outcome of OMT meetings before the OMT-members did, in case of reopening the primary schools before the spring break. The schools were opened before schools could take precautions to open them safely.
​
The value of science to society is about doing the right thing in a good way. This requires careful consideration of issues such as ethics, epidemic control, disease, economy, vaccine, immunity, co-factors and politics. Mistakes made are too valuable not to learn from. This is why I’m writing this new series of blogs. 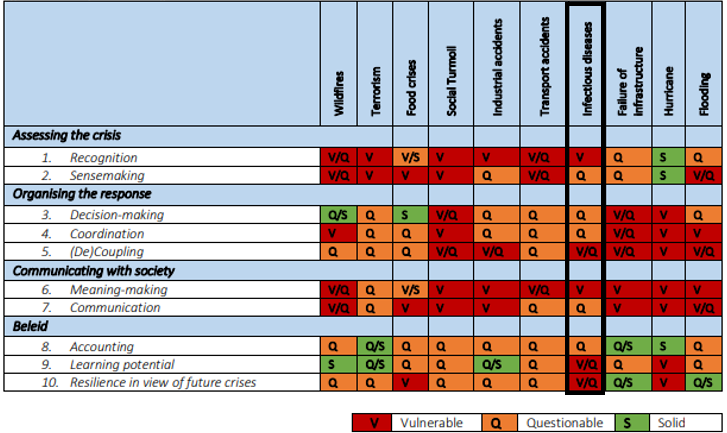